Housing is a basic need, just as food, education and healthcare are, and should be a human right. We can only reach our full potential with access to quality housing.

Thank you for pledging!

Every human being is eligible for universal housing regardless of race, gender, sexual orientation, nationality,immigration status, legal history, or income.

Housing is affordable for everyone at all times, with costs never exceeding 30% of household income regardless of income. Rent is adjusted during times of unemployment, sickness or other life circumstances.

Housing units must be energy efficient and built and maintained in an environmentally sustainable manner.


All housing must be accessible to those with disabilities. 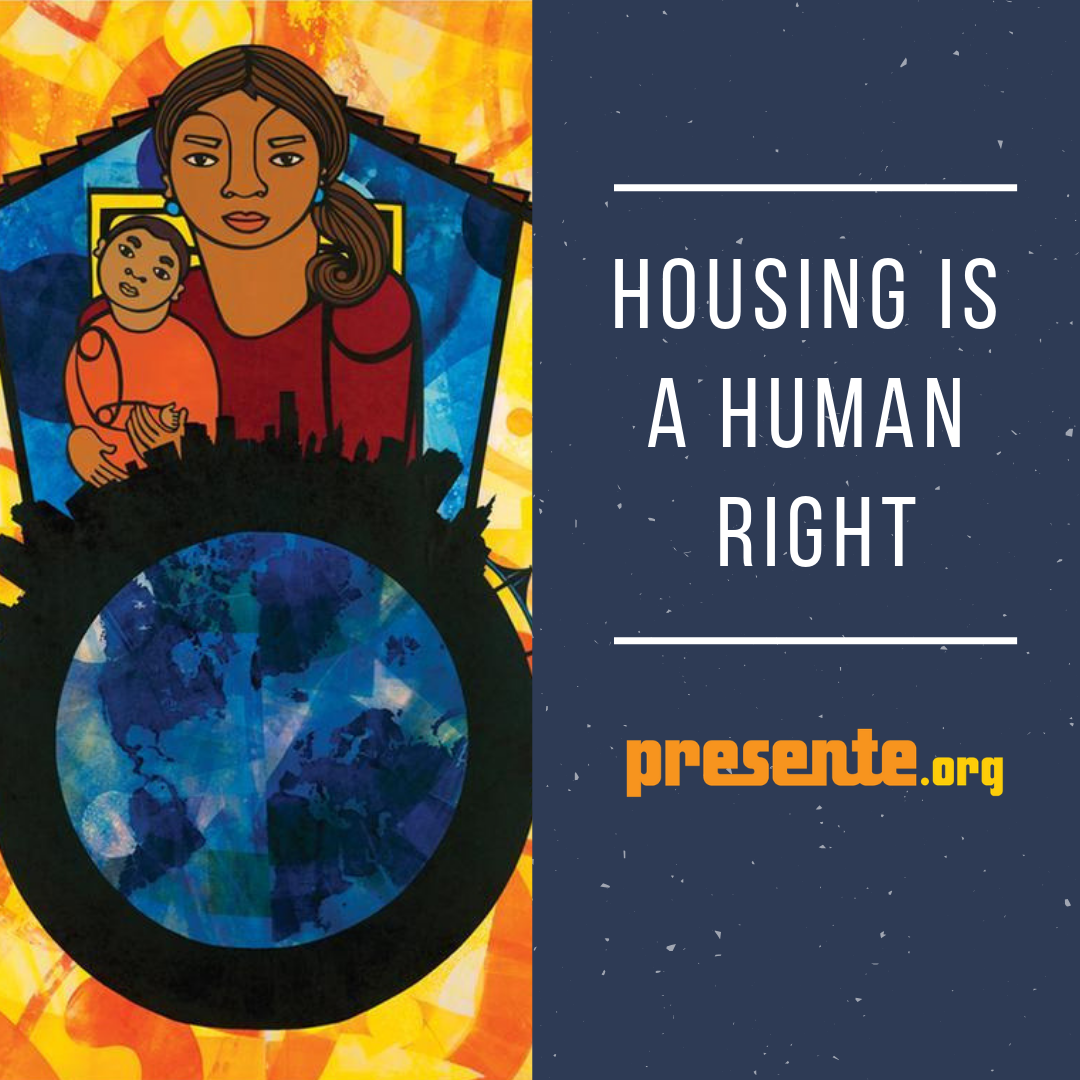 This is long term- including life-long- housing.

After the foreclosure crisis and resulting economic crisis of 2008, large swaths of the American population drew what was by some considered a radical interpretation of events: In a mad pursuit of profits, large corporations,from finance capital institutions to developers, actively manipulate access to housing. Corporate greed has so distorted the market that in the midst of an unprecedented development boom, a shrinking number of people have access to quality housing they can afford.

Housing is a basic need, just as food, education and healthcare, and should be a human right. We can only reach our full potential with access to quality housing. Even the ability to enjoy the benefits of other basic needs- prepare food, advance education through study and recover from healthcare treatment- is predicated upon the availability of housing.

How to Achieve Universal Housing

The realization of universal housing in the U.S. requires bold action in three major areas:

Because the US government lacks a coherent housing policy intended to house low and middle income people,there is currently a crisis of low-income and affordable housing throughout most of the country.The housing crisis cannot be solved either by the market or by a hodge-podge of coincidences and unintended consequences that lead to a massive surplus of affordable housing.

Therefore, there must be a policy explicitly designed to extend universal access to quality housing affordable by every income strata.

Such a housing policy must be inclusive of at least the following housing areas:

Because housing prices are established by supply and demand, the intentional manipulation of the housing stock can result in both reduced access to housing for people in need and, simultaneously, an increase in housing prices in a speculative market.

For example, in the aftermath of the 2008 foreclosure crisis, analysts predicted decades of depressed housing values due to a glut of vacant houses owned by banks, also known as Real Estate Owned or REO. But instead of attempting to sell these homes at low prices to families in need, in order to increase values over the long term,banks either withheld a significant portion of the REO from the market or simply demolished the house.

So, in a city where they may have been 100,000 foreclosed homes for sale and a downward pressure on prices,the market manipulation allowed only 10,000 foreclosed homes on the market, converting the glut into a housing shortage and causing upwards pressure on prices. While this practice resulted in increased profits for the financial institutions with excess REO, it was a disaster for families attempting to recover from the economic crisis and searching for housing they could afford.

Finance capital also plays a role in this process by funding projects that result in gentrification- the forced removal of low-income residents in order to replace them with higher income residents. Financing upgrades in housing that significantly increase the sales or rental prices, as opposed to projects that improve conditions without raising prices, also removes affordable housing from the market and allows speculators to financially benefit from the misery of lower income families.

In order to battle these problems, several actions directed towards financial institutions and other types of speculators must be implemented:

When certain industries and corporations come into a municipality, they can have a major social footprint. As a consequence of increased traffic, more pollution, additional power lines or other socialized utilities,municipalities often demand that companies behave like good neighbors and bear some corporate responsibility for their impact and for the benefits that they derive from the community the enter.

Certain industries and corporations have a major impact on the affordability of the local housing stock and should exercise corporate responsibility in that area as well.